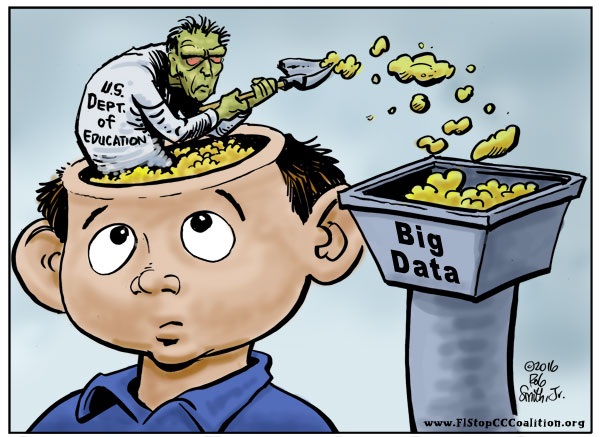 Jane Robbins,attorney and senior fellow for the American Principles Project, has written another excellent column about the dangers of the next big edu fad - social emotional learning standards. Eight states are working with CASEL to adopt them.  These are California, Georgia, Massachusetts, Minnesota, Nevada, Pennsylvania, Tennessee, and Washington.

We have long written about the dangerous loss of freedom of conscience and privacy inherent in social emotional research and data gathering via the allegedly academic Common Core aligned tests that are being amplified in the Every Student Succeeds Act's accountability paradigm.  Mrs. Robbins was kind enough to cite Dr. Effrem's  research paper on this topic. Here is an excerpt:


Assessment and development of students' social and emotional skills is risky business. What kind of training will teachers or other school personnel have for this responsibility? Psychologist Dr. Gary Thompson points out the extremely sensitive nature of evaluating children's social-emotional makeup and warns about having inadequately trained personnel implementing plans designed to alter students' psyches.

When non-psychologists dabble in these murky waters, the result is tremendously subjective analyses of what a child is thinking or feeling as opposed to what the government thinks he should be thinking or feeling. Dr. Karen Effrem, who has researched and written extensively about the issue of SEL, warns about the subjectivity of this kind of analysis, particularly with young children.


Even prominent SEL proponents caution that assessing students on SEL standards, especially with the common mechanism of student surveys, can be a shot in the dark. Researchers Angela Duckworth and David Yeager have said that "perfectly unbiased, unfakeable, and error-free measures are an ideal, not a reality."  [Read the whole column titled: The Latest Big Education Fad, Social-Emotional Learning, Is As Bad As It Sounds]


CASEL or the Collaborative for Academic, Social and Emotional Learning receives major taxpayer funded grants. Their website says they received funding from the Institute for Education Sciences that is also pushing the social emotional research and profiling on students via the Strengthening Education Through Research Act (SETRA):


In 2013, CASEL was one of six grantees nationwide to receive funding through the first round of Researcher-Practitioner Partnership grants. With IES support, CASEL is partnering with Washoe County School District in Reno, Nevada to create a monitoring system that includes SEL indicators and can be used to develop preventative interventions that promote academic, social, and emotional learning among their students.


The group has been involved in pushing this paradigm of non-academic, subjective learning for a long time. Illinois was the first state into which CASEL inserted its tentacles back in 2003. The social emotional standards had connections to federal education law at least as far back as 1994 as Dr. Effrem wrote back at the time::


It was in Goals 2000 and the 1994 reauthorization of the Elementary and Secondary Education Act (ESEA), NCLB's predecessor, that federal interference with local education began in earnest, by demanding the imposition of state standards based on the eight goals of Goals 2000.

Goal number one of Goals 2000 says, "All children will start school ready to learn." As we have documented, this mandate, disguised as a goal, has given rise to the metastatic growth of early childhood programs across the country. In these programs, "ready to learn" has little or nothing to do with preparing young children to learn academic subjects and much to do with indoctrination of our very youngest and most vulnerable children in the most radical of ideologies. Even if accepted by some parents, it is completely wrong to teach ideology to three, four and five year old children. The ideas being promoted include: earth worshiping environmentalism, radical feminism, engendering fear and hatred of our military, and acceptance of homosexuality. It is these principles that are taught to young children and considered part of "social and emotional" development.

Social and emotional development is a large part of another mandate within Goals 2000. Goal eight says, "Every school will promote partnerships that will increase parental involvement and participation in promoting the social, emotional, and academic growth of children." Notice that academic growth is the lowest priority on that list. That relegation of academics to such a low priority has resulted in an emphasis on work based and service learning out of the classroom, group projects, whole language, fuzzy math, and civics that undermine the principles of freedom within the Declaration of Independence.

The merger of the social and emotional with the academic has elevated vague, subjective psychosocial concepts to an equal or even higher plane than academic knowledge. It has also confused what is academic and what standard must be met to succeed in school. Is learning that if 4 birds are in a nest and 2 fly away that 2 are left more important or is learning how to empathize with the birds that are left in the nest? Is it more important to learn tolerance for all lifestyles and behaviors or that certain behaviors have serious
physical and emotional consequence

We would add that regardless of one's view on any controversial topic, it is the parent's job to do this training.