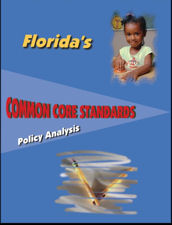 2)   Charter boards are unelected, unaccountable to parents and the public and may not even be in the same state as the school(s) they oversee.
3) Charters do not work to improve failing schools. There is a higher percentage of failing charters than there are "F" public schools in Florida as admitted in this chart from Jeb Bush's foundation. The KIPP charter school in Jacksonville is a D school. 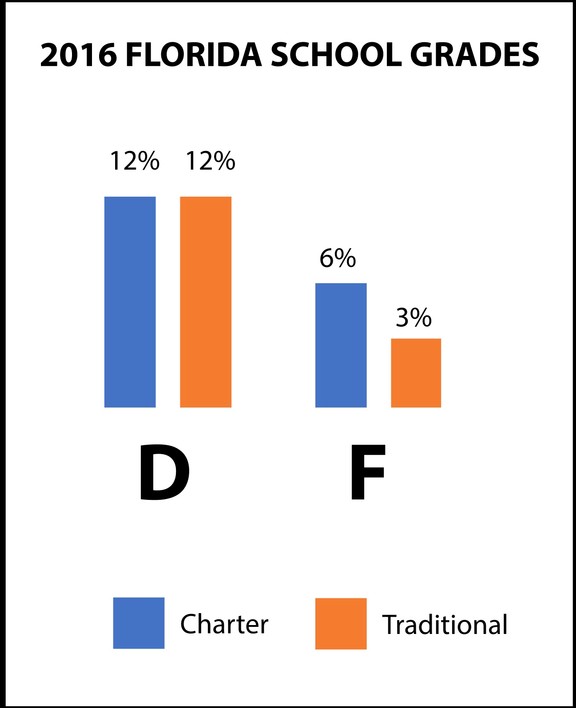 4) There is strong bipartisan opposition to this bill in Florida and national concern from all points on the political spectrum about school choice/charters/vouchers
5) Charters and vouchers are being pushed by Jeb Bush and Betsy DeVos and the corporate/big government education establishment of both parties that gave us Common Core.
6)  The bill only gets rid of one test and only does paper/pencil for grades 3-6 when many legislators tried to listen to the concerns of parents and teachers to significantly reduce testing.
7)   HB 7069 is   terrible legislative process, with the final bill put together in secret at the very end of session only by Speaker Corcoran and Senate President Negron with much not debated or amended on the floors of both chambers and only an up or down vote at the end. Senate Appropriations Chairman Jack Latvala basically urged the governor to veto it during floor debate.

8) The national private  charter corporations do not even want  to come to Florida to do the turnaround models required by Schools of Hope, because it is not profitable for them.
9) According to Senate Education Appropriations Subcommittee Chairman, David Simmons, who was one of 3 Republicans to vote against the bill, it i s poorly written and will be complicated, if not impossible to properly implement. Senate Appropriations Chairman Jack Latvala basically urged the governor to veto it during floor debate.
10)    HB 7069 usurps local control regarding land use/zoning for charters.
11)   Speaker Corcoran opposed what he called  corporate welfare (public funds for unaccountable private entities) related to the governor's priorities, but had no problem expanding funding for private charter entities.
12)   Both Speaker Corcoran and House Education Appropriations Subcommittee Chairman Manny Diaz have significant financial/family ties to the charter industry.
13) Charter schools are coercing and or bribing teachers and students to support this bill.
14) School vouchers are expanded in this bill despite concerns both about expanded government control of private schools and lack of funding for public schools for even basic operations.
15) Multiple highly desired provisions like recess and expansion of scholarships for special needs students were used to cover the concerning and objectionable provisions like charter and voucher expansion. Parents involved in these causes are deeply disappointed and angry about the manipulation.

16) This increased funding for charter schools may increase the already high number of charter schools tied to the controversial imam Fatullah Gulen.
There is much spontaneous grassroots parent, teacher, and school group support to urge the governor to veto HB 7069 initially by large margins until the establishment ramped up their social media campaign and charter schools bribed their parents and coerced their teachers to support the bill. Public opinion is still against the HB 7069 even on a more conservative news site:
Florida Stop Common Core Coalition, Inc. Florida Stop Common Core Coalition, Inc.