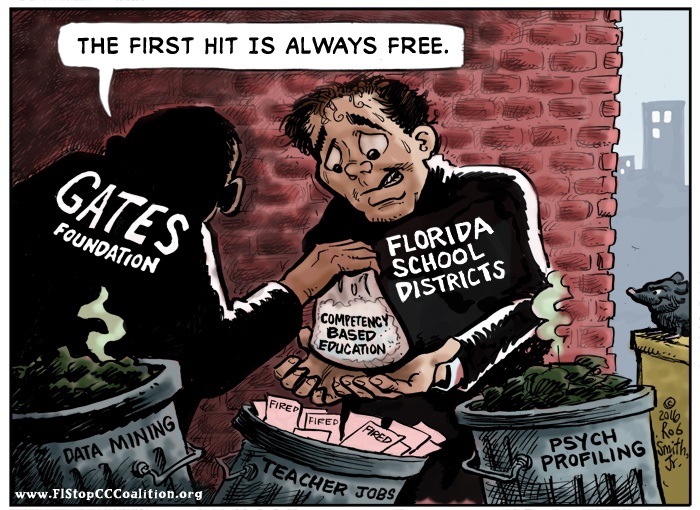 There are new plans to expand the 2016 Competency-Based Education (CBE) to every county in the state despite any lack of evidence of effectiveness and actual failurein Lake County. This will disburse the Common Core tests to constant computerized embedded assessments and greatly harm the student-teacher interaction. The Senate bill (SB 226) by Senator Jeffrey Brandes appears stalled in the Appropriations Committee, but the House bill (HB 401) by Rep.DiCeglie is currently on the Consent Calendar for April 23rd. Let your representative know this is a terrible idea. The many problems with the bill and concept are available in this short document [A PDF version of this document with footnotes is available HERE].

The expansion of the Competency Based Education Pilot Program to all 67 districts in SB 226/HB 401 is problematic, not only because of in the absence of data showing its effectiveness in any of the pilot counties, but because of the clear evidence that it failed in Lake County, one of the original pilot districts. Lake County experienced a significant drop in graduation rates and the grade for the high school implementing CBE dropped from a B to a D. Bill Gates, who was funding Lake County's CBE effort before it failed has admitted that education technology has not improved academic performancein general.

Data collection, including psychological data, in CBE is extensive, with the FBI issuing public service announcements warning of the privacy dangers related to education technology.

Other CBE problems include:


In summary, there are many reasons to not expand the CBE/mastery learning pilot to all 67 counties at this time, if at all.