Loser of the week
Jeb Bush. The Lee County School Board voted to opt out of Common Core. Louisiana Gov. Bobby Jindal, a presidential contender, sued the federal government over Common Core, while Rick Scott is scrambling to distance himself from Common Core and standardized testing. Bush's strength as a presidential candidate looks much more dubious today than a few months ago, amid widespread backlash against education accountability policies closely associated with him.

In addition, even though, despite the opponents running valiant, but underfunded campaigns (Thanks to Jorge Bonilla, Michael Dreikorn, and those that ran an anti-Common Core platform in CD 26); some of Mr. Bush's preferred candidates did win, there are at least two legislative candidates and a veritable army of school board candidates who won or advanced to the general election on an anti-Common Core or anti-high stakes testing platform.  They are ready to do what Lee County did, even though bullying tactics from Tallahassee may reverse that on Tuesday.  Here is just a partial list (please let us know who we are missing) with more to come:
Florida House of Representatives:
District 74 - Julio Gonzalez
District 31- Jennifer Sullivan

August 23, 2014
The Republican Party of Florida (RPOF) is once again taking sides in contested Republican primaries.  After intervening in the special congressional election primary in CD 19 trying to hide behind multiple donations and many super PACs to make sure that Senator Benacquisto received at least $300,000, now they have openly donated another $130,000 to her senate campaign.

Benacquisto is running against Dr. Michael Dreikorn, a conservative veteran and aerospace engineer, who also was in the congressional primary.  That congressional primary was notable for the high level of negative campaigning by super PACs tied to Benacquisto and another candidate, Dr. Paige Kreegel.  Ultimately, Curt Clawson went on to win both the primary and the congressional seat in large part due to his sincere articulate position on Common Core, his dedication to the Constitution, his outsider status, and likely as well, as a backlash to the negative campaigning and interference from outside groups in this race.

Former Congressman Gary Lee, who is now serving as committeeman for the Republican Party of Florida expressed concerns about the situation by saying, "If you're doing something that has the perception of not being fair to all candidates then that needs to be addressed in my opinion."  Neither Benacquisto nor the RPOF commented on the donations.

If the congressional primary is any indication, this kind of behavior on the part of the RPOF, with its strong ties to Jeb Bush, may backfire on the RPOF and Benacquisto.  It is imperative that everyone in all the races for school board and state legislature do their homework on this critical issue and support the candidates that have answered the four important questions on Common Core to your satisfaction.
Florida Stop Common Core Coalition, Inc. Florida Stop Common Core Coalition, Inc.

August 23, 2014
There are three candidates in Congressional District 9 vying for the Republican Nomination to take on Democrat Congressman Allen Grayson in the November election. One of them, realtor Carol Platt, is endorsed by Jeb Bush and seems to be supportive of Common Core.  Because of the political unpopularity , she is now backtracking a bit and will not answer the question in a straightforward manner as evidenced by audio from the Carl Jackson Show.  Platt goes on for several minutes and still does not answer the question.

This is in stark contrast to both of the other opponents, especially Jorge Bonilla, who clearly oppose Common Core with Bonilla vowing to defund it and Peter Vivaldi:

August 23, 2014
Of the five candidates that are running in the August 26th primary to take on Democrat Congressman Joe Garcia in Congressional District 26 that runs from Miami to Key West, only Miami-Dade School Board member Carlos Curbelo supports Common Core.  And according to his op-ed in the Miami Herald, he supports it in a big way.

In that piece, he used all of the typical pro-Common Core talking points while demonizing the experts and parents that have brought up many legitimate concerns.  Here are a couple of the more egregious points:

Translation Government overreach is bad, just not in education.  Curbelo is apparently unaware that the RNC; the National Federation of Republican Women; multiple committees within the Republican Party of Florida (RPOF); nearly 30 Republican Executive Committees (RECs) in Florida; and almost all of the potential Republican presidential candidates except for Jeb Bush, Chris Christie, and Mike Huckabee;  have all rejected Common Core. Would he say that any of these people are irrationally paranoid?

Miami activist Maria Peiro put it well in the comments for this piece: "The Conservative thing to do is to NOT give up the state and local control over the education of our children. The best form of government is that which is closest to the people. To centralize curriculum and testing and put it in the hands of a few is a huge mistake for which we will all be sorry in the future when all sorts of mandates are forced upon us.
When Curbelo wrote this in June of 2013, he was also not unaware that many Republican governors would reject Common Core like Mary Fallin (OK), the chairwoman of the National Governor's Association; Bobby Jindal (LA), a former supporter; Nikki Hayley (SC); Pat McGrory of (NC); Scott Walker (WI); and ostensibly Mike Pence (IN).

None of the other four candidates Viet Nam veteran, former police officer and Mayor Ed Macdougall; Joe Matinez; Lorenzo Palomares-Starbuck; and David Rivera, a former member of Congress who is not campaigning due to being investigated for corruption charges, but has not formally withdrawn from the race support Common Core.  Only Mr. Curbelo does, who is endorsed by Jeb Bush, even though Bush did not talk to any of the other candidates and then half-heartedly apologized to Macdougall.  It is interesting to note, however, that education and mention of Common Core are no longer on the issues page of Curbelo's campaign website.  Is he backing off the way Jeb Bush endorsee Carol Platt seems to be when she wouldn't answer a simple yes or no question about it?

Marc Caputo, political writer for the Herald said that Curbelo has "deploy[ed] the Jeb Bush bomb" in the race.  He went on to portray that "Common Core hasn't appeared to hurt Bush's standing with Florida Republican voters. In a series of Florida polls, Quinnipiac University consistently finds he's most-liked by the GOP in a presidential match-up against former Secretary of State Hillary Clinton, who nevertheless edges him."  What he did not point out was that there is other polling information reported in Sunshine State News from a  Survey USA poll showing that Bush is now behind Senator Rand Paul here in Florida in head-to-head match-ups against Hillary Clinton.

The other thing that Caputo said that is highly debatable is, "Common Core, though, hasn't really been an issue in this congressional race. After all, Common Core was created and managed by the states. A federal conservative who opposes a states' rights issue has a measure of explaining to do."  Mr. Caputo is apparently not aware that nearly the entire Republican U.S. House caucus voted yes on the Student Success Act which contained language limiting the federal Department of Education so that they would not "either directly or indirectly, attempt to influence, incentivize, or coerce State adoption of the Common Core State Standards...or any other standards...or assessments tied to such standards." Common Core IS definitely a federal issue.  It played a significant role in the CD 19 race won by Curt Clawson and is playing a key role in the CD-9 primary where another Bush endorsee appears to be behind anti-CCSS candidate Jorge Bonilla, and is taking heat about Common Core.  Common Core has also been a prominent issue in other congressional primaries across the nation.
Florida Stop Common Core Coalition, Inc. Florida Stop Common Core Coalition, Inc.

August 20, 2014
As support for Common Core continues to slide (including in a new Gallup poll released today), political candidates are starting to run from the issue.  Here are four questions that you can ask to see if their opposition is real or just a battlefield conversion when the heat is turned up:

2) Do you believe that Common Core is out of the state of Florida as Governor Scott and Jeb Bush have proclaimed?

3) If you think Common Core is still in Florida, what will you do to see it removed?

4)  If you oppose Common Core, what did you do during the last year to get rid of it? (for incumbents, some of whom supported an anti-Common Core bill in the legislature after they knew it was dead) 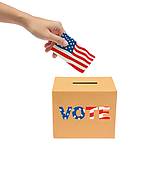