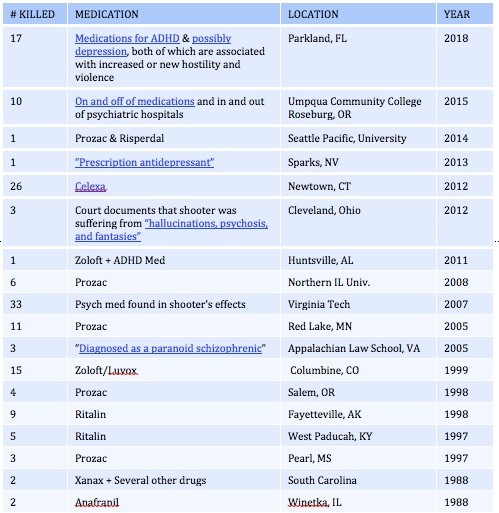 Excerpt from Dr. Effrem's article at The National Pulse:


In other words, psychiatric diagnosis is guesswork, and predicting violent behavior in known patients, much less children briefly screened, does not work even when done by experts. So, given the possibility for misdiagnosis that has no medical privacy protection in schools and will be added to longitudinal databases, training teachers for a few hours to screen and diagnose mental illness seems foolish and dangerous.

Mental screening for "at-risk" students is notoriously inaccurate. One study of a mental health screening instrument called TeenScreen admitted that the survey "would result in 84 non-suicidal teens being referred for evaluation for every 16 youths correctly identified." This is very dangerous when treatment could include psychiatric medications that have harmful or even fatal side effects, such as suicide, homicide, aggression and hostility, heart problems, brain changes, and many more.

The problem with mental screening in general and with labeling "at-risk" children with a psychiatric label is that the already admittedly subjective diagnostic criteria discussed above are even more difficult to apply to children. The World Health Organization has said (and there are many similar quotes available here):


Childhood and adolescence being developmental phases, it is difficult to draw clear boundaries between phenomena that are part of normal development and others that are abnormal.


Other psychological experts interviewed, even after the horrible Sandy Hook shooting, for The Washington Post story quoted above were opposed to expanded mental screening of children and
teens.


There is no instrument that is specifically useful or validated for identifying potential school shooters or mass murderers," said Stephen D. Hart, a psychologist at Simon Fraser University in Vancouver who is the co-author of a widely used evaluation tool. "There are many things in life where we have an inadequate evidence base, and this is one of them..."

..."I think people are going toward wanting all their kids to be screened in high school for mental illness and violence risk -- and that's a bad idea," said Gina M. Vincent, a forensic psychologist at the University of Massachusetts Medical School.

"We can't go out and lock up all the socially awkward young men in the world," said Jeffrey W. Swanson, a professor of psychiatry and behavioral sciences at Duke University.


The great irony of Sandy Hook, Parkland, and many other school and mass shootings is that the perpetrators were already involved in the psychiatric system, and many -- an estimated 90 percent according to British psychiatrist Dr. David Healy -- were already receiving medications or withdrawing from them at the time of their crimes. There is a known association between antidepressants like Prozac and violent behavior. There is also evidence of new or worsening aggression or hostility associated with drugs to treat ADHD like Ritalin. The Parkland shooter was reported in several places to be on ADHD medication and undergoing treatment for depression that may have included antidepressants.


See the table above and the full article for more details.