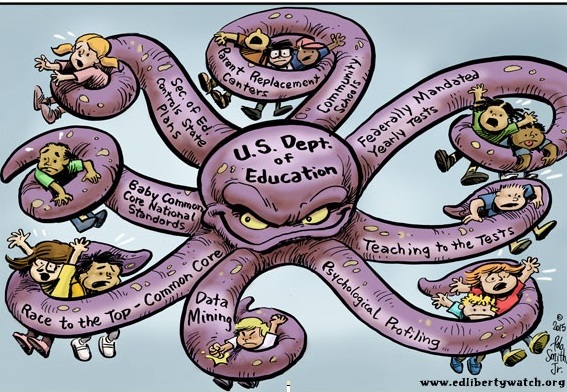 There were two strong points of agreement with the Department's plan:
There were also several points of disagreement that included:
FSCCC hopes that Florida will reappropriate its 10th Amendment right to control education. We strongly agree with American Principles Project senior fellow Jane Robbins, who said in a recent article:
This chatter illustrates a deeper problem. Over the last 50 years, state education establishments and their auxiliary politicians have developed a Washington-dependent mindset. State educrats continually tell parents, for example, that the Common Core standards can't be ditched because what else would Washington approve? What else could we possibly use? And what about assessments? Heaven forbid we implement our own testing policy, because surely Washington knows best. We must seek permission from Washington to make any changes that push the ESSA envelope. Is it worth risking our federal money to venture from the tried-and-(un)true?

Obviously, ESSA restricts both USED and the states. But USED could do much more to achieve the "liberation" that Alexander claims Congress intended. For example, USED could announce it will interpret all statutory provisions as leniently as possible. At the outset, the correct policy would be to approve all state plans -- after all, if a plan is satisfactory to a state, which has the most to lose from a poor education system, it should satisfy the feds as well.
Many other actions are available to DeVos to begin diminishing federal control over education. Joy Pullmann has offered an extensive list, which DeVos should be sure to read since she apparently hasn't yet.

Whether or not DeVos takes this advice, where are the constitutionalist state officials who will stand up and declare their independence? When will they leverage Alexander's claim about "liberation" -- even though it's not true -- and dare USED to stop them?

Or, if USED threatens the flow of federal money, when will states be strong enough to just say no to the bribery? States should rediscover the lost art of bluff-calling. And in the unlikely event the money is pulled (still leaving the state with about 90 percent or more of its education budget intact), the state may discover how much more efficiently it can deliver a real education without stifling and costly federal mandates.

The plan is due to the U.S. Department of Education in September. Stay tined for further developments.