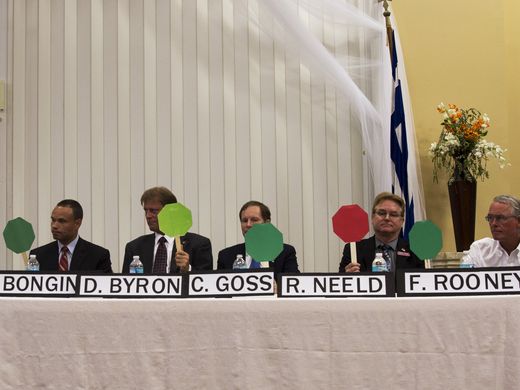 
As for domestic policy, Rooney stood apart from his opponents, saying he supported giving federal support to families with young children because "early learning is very important to a child's development."

To accomplish this, Rooney proposed an overhaul of welfare to figure out how to put "some of the money we're spending and wasting into preparing our children to be nurtured and learned."

"The federal government, tragically, has no answer here. We have literally spent, not figuratively, tens of trillions of dollars in anti-poverty programs, and the percentage of Americans living in poverty has not moved a hair. Maybe a hair, we'll give them a hair," he said.

Goss said he didn't support increasing funding for families with young children because the country already is a "nanny state as it is" that has developed a "culture of dependency."

As well-intentioned as Rooney's idea may be, it is quite concerning. Bongino is absolutely correct about the failure of federal social programs in general despite trillions of dollars spent. And Goss' statemenst about these engendering "a nanny state" and "a culture of dependence" are also spot-on.

Specifically, there are more than two dozen studies about federal and state early childhood programs show one or more of four different possibilities: 1) Little or no benefit 2) Fade out of beneficial effect 3) Academic harm 4) Emotional harm. Even center and center left think tanks are starting to admit this. There is also much excellent similar analysis from Joy Pullmann, a Heartland Institute education research fellow; Jane Robbins of the American Principles Project; David Armor from the Cato Institute; and Lindsey Burke and Salim Furth at the Heritage Foundation.

There is also lots of evidence on the federal government's website that home visiting programs also do not work in improving children development. What actually works is shown in research by Dr. William Jeynes from the University of California at Santa Barbara two parent families, religious involvement, parental involvement in education, teaching of phonics in school, among others.

Instead of Rooney's idea to "overhaul welfare" for preschool, we should overhaul welfare to promote two parent family formation by ending the prohibition fathers' involvement in their children's lives. We already have plenty of liberal Democrat promotion of these failed, intrusive, expensive pre-K programs like the Obama administration's Race to the Top Early Learning Challenge Grants and Preschool Development Grants, Hillary Clinton's statist preschool plan, and the sadly bipartisan $250 million preschool boondoggle pushed by corporate interests added to the federal education bill now called the Every Student Succeeds Act.  The last thing CD 19 needs is an allegedly conservative member of Congress helping Uncle Sam to become the Nanny-in-Chief. 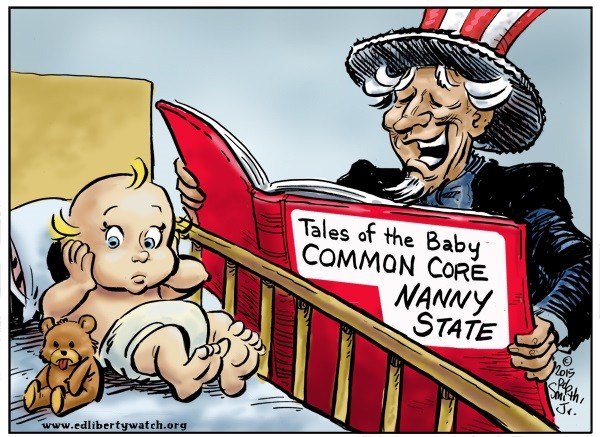 UPDATE AND NOTE:
This post was written before I had access to the full video of the event.  Mr. Rooney did talk about the critical importance of two parent families in his response, for which he should be heartily commended.  However, the question was, "Children are our future. With over 50% of our young children raised in poverty, should the federal government increase support for young families with children ages 0-5 years, yes or no?" (See video starting at 22:40) So while Rooney gets credit for pointing out the urgent need for two parent families, we remain concerned that he would want to increase federal involvement and support for failed pre-K, home visiting, and other social programs.
Florida Stop Common Core Coalition, Inc. Florida Stop Common Core Coalition, Inc.