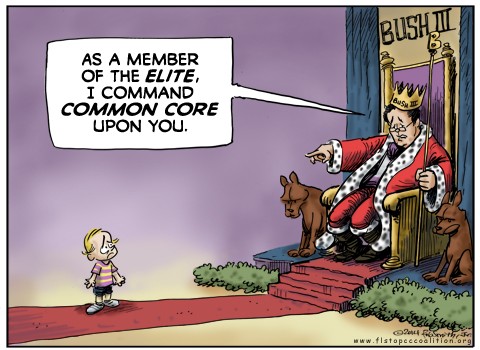 Hopefully, this wannabe Bush III will realize that he is not a king and ruler over education in this country, what a huge problem he will have with the nomination, and spare the families and educators of America more pain than they have already endured.