August 31, 2016 Karen Effrem
Congratulations and thanks to all the candidates, whether they won or lost, for their great efforts in the Florida primary. We are especially pleased and thankful for their strong efforts in the realm of education to stand for academic excellence, parental rights and local control and against federal overreach, mindless testing tyranny, data mining, and psychological profiling.
Education in general and specifically, the Common Core system was a very important issue in the just completed Florida primary. Regardless of their records, politicians clamored to sound pro-parent and to portray themselves as anti-Common Core. Our grassroots voter guides were an attempt to separate the rhetoric from the records.  We thank you for reading and distributing them.  We thank our partners and allies at The Tea Party Network, Liberty First, the Republican Liberty Caucus, and the Florida Citizens' Alliance for all of their tremendous grassroots work with ratings, endorsements, forums, and interaction on Common Core and other important issues. However, education was not the only issue on the ballot yesterday. There was much money and many competing interests on a whole range of issues involved, of which the pro-Common Core Tallahassee and corporate establishment was only one, albeit significant, part. Yet despite the massive funding arrayed against us and our partners, we believe that these rating and all of our work together made an important difference in these races.

Here is a brief recap of results for the races we evaluated: 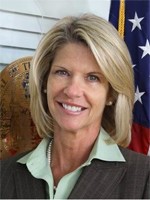 This race was a stellar example of how courage, integrity, authentic efforts against Common Core, and grassroots support can win elections against great odds. Rep. Debbie Mayfield has been the standard bearer in Florida against the invasive and ineffective Common Core system for the last three years, often standing alone against the special interest groups and the education establishment in her own party and caucus, receiving the grade of A++ in our ratings. That was the highest grade received by any legislator reviewed. She won this Republican primary for the Florida Senate 42%  to 35% despite being out raised basically 2:1 by her opponent, Rep. Ritch Workman, who raised $1.2 million in an effort to defeat her.


He had the backing & funding of the very pro-Common Core Florida Chamber of Commerce and outgoing Speaker of the House, unofficially from Governor Scott who made robo calls on his behalf, and a slew of lobbyists. Workman used those funds to make vicious and unfounded attacks against Mayfield. The negativity was off putting. In addition, Workman made the huge mistake of making false statements about his work against Common Core that were called out by this organization as well as multiple media sources. Unable to stand up to scrutiny, Workman blocked me and FSCCC from his Twitter account and refused to answer media inquiries about the matter. In the end, as in the case of Jeb Bush, lots of money could not overcome "Mama Bear" parental fury against Common Core proponents and deceivers who behaved so badly against the heroine of the movement here in Florida. 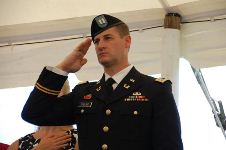 This five-way race featured two candidates that were highly rated in our FSCCC voter guides, Rep. Ray Pilon who had sponsored or co-sponsored many anti-Common Core bills, and Rep. Greg Steube, who had broad-based conservative support from several of our anti-Common Core allies.  The other legislator candidate, former Rep. Doug Holder had the backing of the Chamber and the governor, with the Chamber spending huge amounts of money trying to take Steube out. However, Holder made the same mistake that Workman did false statements about his anti-Common Core efforts, earning him an F in our voter guide. We believe our voter guide and information about Holder's false statements were a key factor in this race. In July, Holder was leading the race by 6 points over Steube. After the media reports about the Common Core falsehood and our voter guides were released, Steube was leading and Holder fell to third place.  Steube ended up winning the race, despite the huge amounts of money for negative ads and mailers thrown at him by the Establishment forces, with Holder coming in second. We congratulate Rep. Steube on his victory and look forward to working with him as he follows through on his pledge to introduce anti-Common Core legislation. We thank Rep. Pilon for his many anti-Common Core efforts. 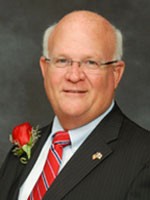 This race in central Florida featured two veteran legislators, Rep. Dennis Baxley who we rated with a D for some deceptive but not outright false mailers and Rep. Marlene O'Toole, outgoing chairwoman of the House Education Committee, whom we had given an F grade. O'Toole had promoted and moved every major piece of major Common Core legislation since the standards were adopted in 2010, including removing the name of Common Core from Florida statute and blocked every bill promoting parental rights and local control, especially by Rep. Mayfield.  Businessman David Gee, received an A- rating for giving so much of his own time and treasure for this race, as well as solidly understanding the dangers of the Common Core system. The Common Core aspect of the race and our voter guides were covered both locally and in large media markets like Miami. Gee split the anti-Common Core vote with Baxley, almost allowing O'Toole to win, but in the end Baxley won by about 700 votes, keeping the "Queen of Common Core" from advancing to the Senate. Gee ran a good race, but because he was a political newcomer against two well-known officials, there was too much name recognition and too many connections to overcome.  We congratulate Senator-elect Baxley who will not face any Democrat opposition in November and hope he will authentically challenge Common Core and federal overreach during his senate tenure.

Two candidates fought it out in the Sarasota area. Steve Vernon, former chairman of Tea Party Manatee, received an A grade from us while Joe Gruters received a D-. The low grade was for being one of the first officials, as a trustee of Florida State University and Sarasota County Republican chairman, to suggest that the name of Common Core be changed to avoid parental fury. Governor Scott followed this suggestion a few months later, making Florida one of the first states to do the "Common Core Re-Brand." Gruters was supported by the Chamber of Commerce, had many political connections being expected to easily win the seat. However Vernon ran a very strong race, contributing much of his own treasure to stand for freedom. Our voter guides and the re-brand statements became an issue toward the end. Gruters won the race, but only by 382 votes. We congratulate Mr. Gruters, who is a heavy favorite in November in a very Republican district, and hope that he will drop the re-branding maneuvers and stick with some of the good things he did to fight Common Core, as during his county Republican chairmanship.

This was another five candidate scrum in the Panhandle.  The candidate receiving the highest rating in this district, Laurie Bartlett, who has been fighting Common Core for years, ran a very brave campaign for which we sincerely thank her, but was not able to effectively compete against all of the Establishment money and connections in this race.  We congratulate Destin Mayor Mel Ponder for his victory and hope that his stated opposition to Common Core outweighs his concerning support for regionalism, another means of more centralized government that could well include economic, workforce, and education planning. 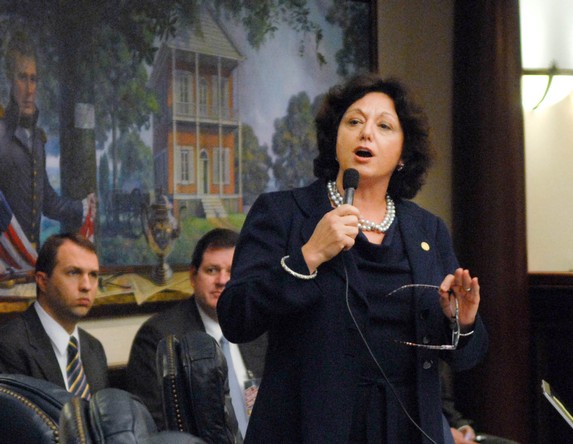 This primary in the Naples/Fort Meyers area of Southwest Florida involved two candidates that had mostly been involved in other issues. The winner received a lower rating from us for her sponsorship of a very concerning student data mining bill in 2013. However, Rep. Passidomo had very strong Chamber and governor support and education was not a major part of this campaign that focused more on health care, abortion and water quality issues.  We congratulate Rep. Passidomo on her victory and hope that she listens hard to the parents of her district more than the foundations and special interests that pushed that data bill. We also thank Rep. Hudson for being willing to make Common Core an issue in this campaign.

Other Important Outcomes Here are few other races that FSCCC did not directly rate, but where our information was used and or Common Core was a significant issue.
Outgoing House K-12 Subcommittee Chairwoman Defeated in County Superintendent Race by 2:1 Margin
Rep. Janet Adkins fulfilled the analogous role of implementing Common Core on the House K-12 subcommittee level that Marlene O'Toole fulfilled on the full education committee. In fact, she was the primary House author of the deceptive Common Core re-brand bill.  Local activists used our information and that from other anti-Common Core groups to educate the voters. 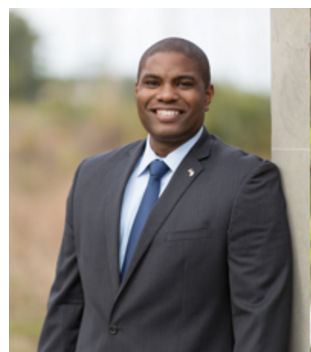 Financial adviser Byron Donalds running in the Republican primary for FL HD 80 in Collier & Hendry Counties and wife Erika who sits on the Collier School Board (Naples area) have been stalwart anti-Common Core  fighters for several years. Despite that opposition, he was able to win the Florida Chamber of Commerce endorsement and wion his race handily. Perhaps his victory will allow him to warn local business people and even the state business group about the dangers of Common Core to academic skills and an educated workforce.

Common Core an Issue in Many School Board Races
Whether candidates won or lost, Common Core remained an important topic in many school board races across the state. While there were anti-Common Core victories, there were other cases where unions, charter school companies, or textbook interests intervened on behalf of the pro-Common Core candidates.  This is a mixed bag.

We hope that these victories are inspiring and that the defeats are instructive and that legislative leaders in Florida and across the nation understand that the anti-Common Core parent movement is powerful and not going away even in Jeb Bush's Florida. We also hope that parents across the nation will continue to stay involved at every level of government that they can to protect the hearts, minds, futures, and privacy of our precious children and that they may still obtain "education for a free nation." Thank you for everything you do!